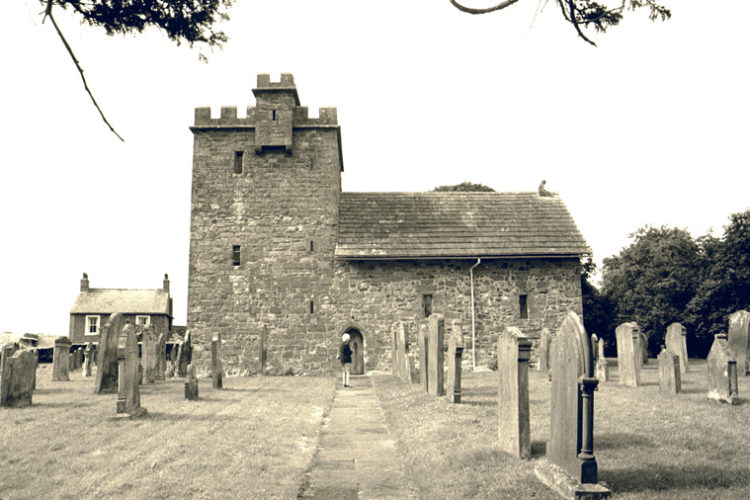 Newton Arlosh Church, a fortified church on the Solway

The 14th century church at Newton Arlosh stands close by the fords across the Solway that in earlier times were used by raiders from across the Border on their nocturnal incursions into England. The original church was rectangular on plan and designed almost as a fortress with a battlemented pele as its tower.

The main entrance was narrow as were the windows that were set high in the stout walls. The vaulted ground floor of the pele-tower was entered from the nave and has a shot-hole in the west wall. A mural newel-stair gives access to the two storeys above, one of which has a fireplace.

By the 1580s the church was in decay and “the door stood open, sheep lay in it.” The roof had fallen and the lead had been taken by the locals and made into salt pans. The building was restored in 1844 and both church and tower are in everyday use. Other fortified churches on the Border include nearby Burgh-by-Sands, Great Salkeld, Penrith and Dearham in the West March and Ancroft in the East March.