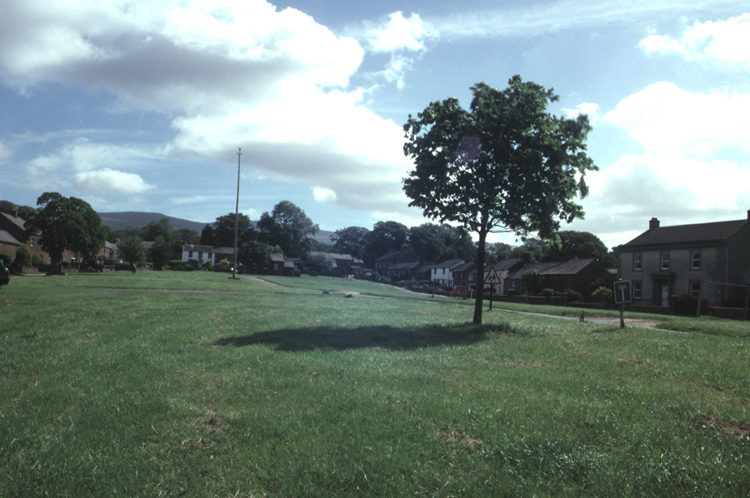 Milburn; a fortified village in the Eden Valley in Cumbria

The attractive old-world village of Milburn nestles in the shadow of Great Dun Fell. It is one of a string of fell-foot settlements strung along the feet of the Pennines in the Eden Valley. The houses and farms stand shoulder to shoulder facing the spacious rectangle of the village green.

The four corners of the green were narrow entrances to the village that were walled-up at the onset of winter, when the Reivers rode. The village is typical of those settlements in the Eden Valley that adopted a system of communal defence against the threat of raids from across the Border.

The Eden Valley villages of Melmerby, Temple Sowerby and Askham are similar in plan and may have developed with communal defence in mind. At Great Orton, on the Solway, in addition to a ditch and embankment called the Ringfence that surrounded the village, an iron chain was used to block off the narrow entrances as a defence against the frequent incursions of the Scots.