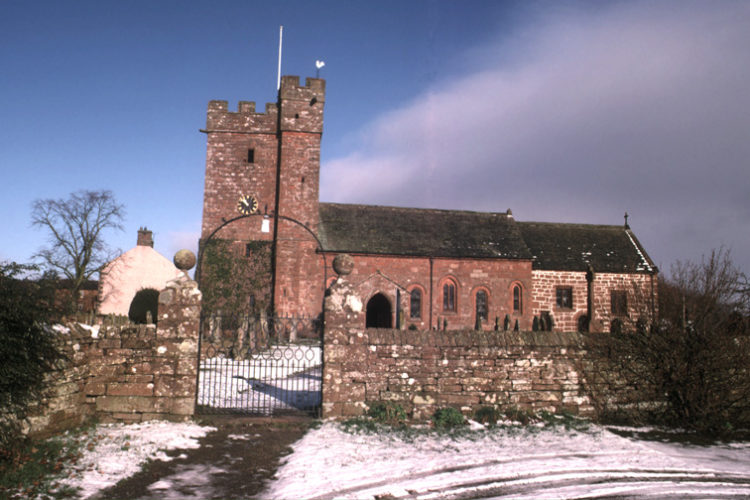 The village of Great Salkeld in the Eden valley, a few miles north-east of Penrith lies on a route frequented by raiders in the past. In the late 14th century a fortified tower was added to the church. It is similar to those at Newton Arlosh and Burgh by Sands with thick walls, a vaulted basement and tiny windows.

The tower at Great Salkeld Church is in other words a pele-tower. The only entrance to the tower is from the nave and this is protected by an iron “Yett” secured by a stout door bar. A vaulted cellar below the basement may have been used as a prison in former times.

The tower is about fifty feet to the battlements. There are three floors above the basement, the first of which has a fireplace. Church and tower are still in everyday use and the fortified tower is a curiosity now rather than a refuge. Other fortified churches on the Border include Newton Arlosh, Burgh-by-Sands, Penrith and Dearham in the West March and Ancroft in the East March.