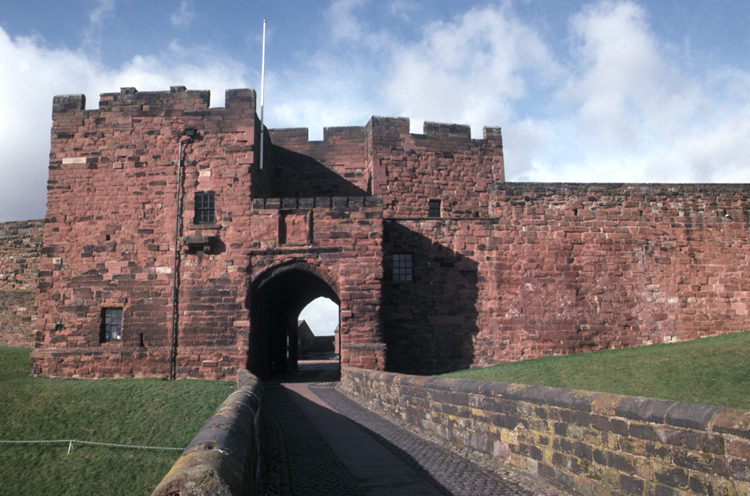 The walled city of Carlisle with its imposing castle played a major role in the military history of the Borders, its importance in the west was similar to that of its counterpart Berwick in the east. The castle was the base of the Warden of the West March whose duty was to keep the lid on the turbulent Borderers.

The lower parts of the keep are probably the oldest parts of Carlisle Castle and date from the 12th century when David I of Scotland rebuilt an earlier wooden structure here in stone. The castle is of various periods with a keep enclosed by high curtain walls with towers, fortified gateways and deep moats.

In the 16th century the old fortress was repaired and brought up to date with new additions to the defences to suit artillery and firearms. In the inner ward is a stone panel bearing the arms of Elizabeth I that records that the Queen constructed this work at her own expense while Lord Scrope was Warden of the West Marches of England.