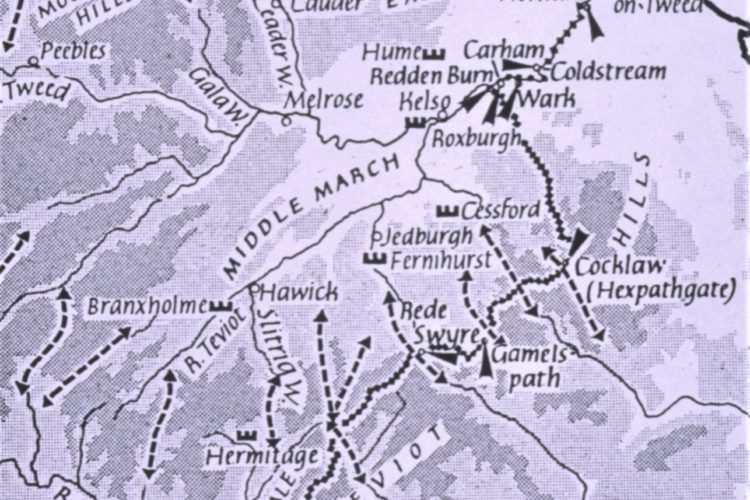 Reiver Days of Truce and Locations

The Wardens of opposing Marches agreed upon a day and place of meeting usually on the frontier but sometimes elsewhere. In the west, Dumfries and Carlisle were convenient venues, particularly in the winter. Notice was then given throughout the Wardenry for bills of complaint to be prepared.

Copies of these bills were sent to the opposing Warden who was charged with the arrest of those named or to ensure their attendance at the meeting. The meeting was customarily a day of truce and in addition to the dispensation of Border justice these gatherings had a social side often thousands attended.

There were games, amusements, traders and all manner of diversions apart from the business of the day, especially during the summer months.

Foulden-rigg, West Ford at Norham, near Wark Castle, at Carham or at the Riding Burn.

There was no fixed place in any March.

Illustrated is the Wardens meeting place at Kershopefoot in Liddesdale, now bisected by the embankment of the old Waverly Line.

WORKSHEET TASK
Print out the maps of the Marches. Plot on them the sites where truce meetings were held.