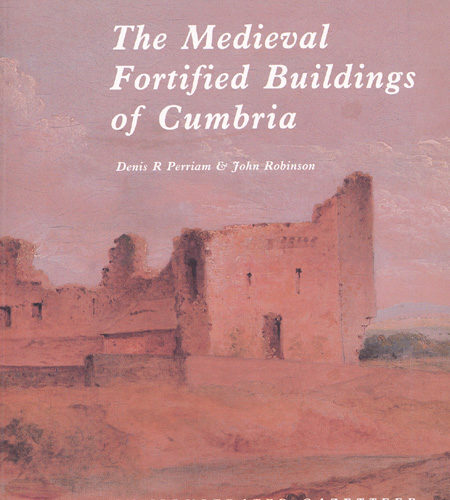 The Medeival Fortified Buildings of Cumbria

This is a comprehensive study of all the various types of defensible structures in the county from complex castles to dykes in the period 1066-1603. This essential reference studies over 490 sites in much detail.

It is over eighty years since John F Curwen wrote The Castles and Fortified Towers of Cumberland, Westmorland and Lancashire North-of-the-Sands, published in 1913 as Volume XIII of the Extra Series of the Cumberland and Westmorland Antiquarian and Archaeological Society. That book remains a remarkable achievement and it could not be replaced without repeating most of the information it contains. Our first aim therefore is limited to bringing that information up to date by adding further references and notes on more recent work in this field. Curwen lists 157 structures, but this book contains almost 500 case studies. Many of these arose as a result of the work of Denis Perriam in preparing listed building descriptions in Cumberland and of Tom Glare when County Archaeologist based in Kendal. Notes for Perriam’s Cumberland survey are deposited in the County Record Office, Carlisle.

Our second aim is to encourage further work by indicating areas for future research. It was this aspect which attracted the C.W.A.A.S. Research Committee to the project.

Ground level plans are provided by John Robinson to RCHM level 4 in as many cases as possible. The majority of plans are drawn to the same scale, but the larger castle complexes have had to be reduced to a scale three times smaller marked ‘R’. Bolder lines indicate the older parts of each building. Owing to restrictions of space on these plans, dates such as 17th century are abbreviated to 1 7c. The drawings are the result of survey by John Robinson, published sources or copies of drawings by accredited individuals.

The Border Towers of Scotland - Their History and Architecture. The West March. Author: Alastair…

RECOMMENDED READING: Online resources: The Lord Wardens Of The Marches Of England And Scotland Full…