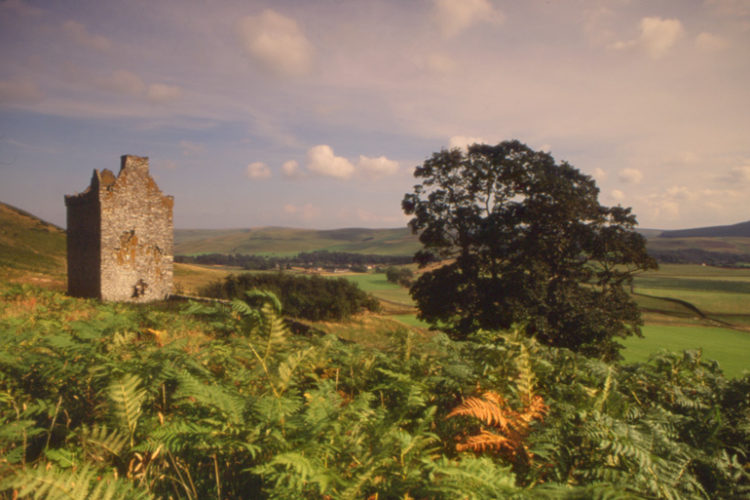 Kirkhope Tower is remotely situated on the fellside above the Ettrick Water about a mile from Ettrickbridge. It was sadly neglected and in a dangerous and roofless condition until recently though still in its original 16th century condition. The old tower has been restored recently and is inhabited again.

Kirkhope rises to four storeys below the parapet and an attic above. The parapet is carried on corbels and surmounts only the north, south and east sides and so does not interfere with the chimney in the west gable. There are three corner turrets and that to the south east serves as a caphouse to the stair.

Kirkhope is remarkable for the survival of a small rectangular barmkin, though the walling of this enclosure may be of no great age. In 1543 Kirkhope was burnt by the Armstrongs but the existing tower does not seem to be much earlier than 1600. The tower was the stronghold of the eldest sons of the famous family of Scott of Harden. It is thought that it was to Kirkhope that Wat of Harden brought his bride Mary Scott of Dryhope, “the flower of Yarrow”. She was as celebrated for her beauty as her husband was for his freebootery and rash courage.