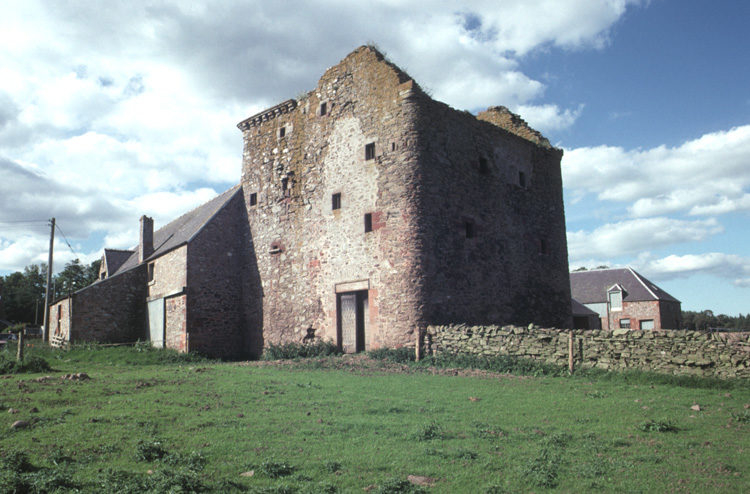 Evelaw Tower is a rare and fortunate survival in Berwickshire where there are few remains of fortified buildings of the turbulent 16th century. The tower is remotely sited on the bleak, high moorland of the southern flank of the Lammermuir Hills, overlooking the Merse.

Evelaw Tower is small and almost in its original condition, though now in an increasingly ruinous state as, though complete to the wallhead, it is roofless and in an increasingly precarious state. The L-shaped tower is three storeys and a garret in height, with rounded corners corbelled out to square at eaves level.

There are wide splayed gunloops in the main block of the tower which was vaulted originally. The wide doorway in the gable-end wall is not original as the entrance to the tower was in the re-entrant angle. The stair-wing contained a wide stair to first-floor level, above which a newel stair rose in a narrow turret built in the re-entrant angle. Unusually the top storey of the wing was vaulted. The former name of Evelaw was Ivelie, it belonged to Dryburgh Abbey but was sold by the Commendator to William Douglas in 1576.