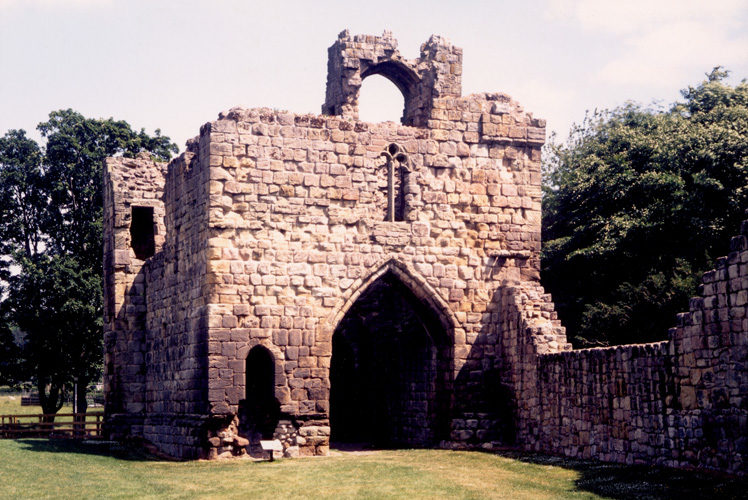 Etal Castle stands about four miles below the Border on the river Till, a tributary of the Tweed. The castle is deserted and ruinous as it has been since James IV captured and dismantled the place on his way to Flodden in 1513. The castle was built by the Manners family who had a licence to crennelate in 1342.
The massive and gloomy gatehouse is an interesting feature of the ruins which still retains the weathered arms of Manners above the entrance. There is a surviving stretch of curtain wall which runs to the shattered stump of a tower. The Keep is a mere shell but its main features are still traceable.

Etal may have been built to rival the Heron’s castle at nearby Ford as the Manners family maintained a long running feud with them. The Scots may have seemed the most obvious danger in these parts but in 1427 William Heron would have thought differently as he was killed by his neighbour John Manners. There was some provocation however as Heron had attacked Etal with “a gret assaut made of shotyng of arrowes and strykyng with swerdes”. Manners had to recompense Heron’s widow with a large cash payment and pay for 500 masses to be said for his soul.