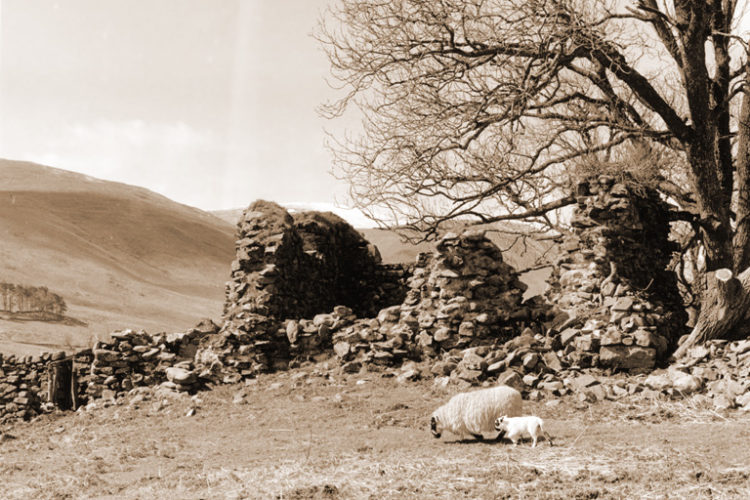 The remains of Cramalt Tower lie beneath the new Megget reservoir which now occupies most of the Megget valley in Selkirkshire. It is most fortunate that excavation work was undertaken on the site in 1977-79 and a detailed record of the tower made before it was lost beneath the waters.

The work was undertaken by Alastair M T Maxwell-Irving who published the results of his work in the PSAS Vol 111 in 1981. Remarkably, the remains of a second tower on the site came to light that previously had gone unnoticed amid the undergrowth and confused walling of the sheep-pens of Cramalt Farm.

Though both the towers were fragmentary ruins and much reduced in height the excavation work showed that; “these were no humble towers; they were large and important strongholds”. Indeed there was no other tower so large in the region except the great tower-castles of Neidpath and Newark.

The two towers at Cramalt belong to the same general period though they were most likely built at different times. The newly discovered South Tower proved architecturally and therefore historically more interesting than the North or Cramalt Tower and may have been built in the third quarter of the 15th century. The North Tower was probably built on the site to supplement the original one about 1500.