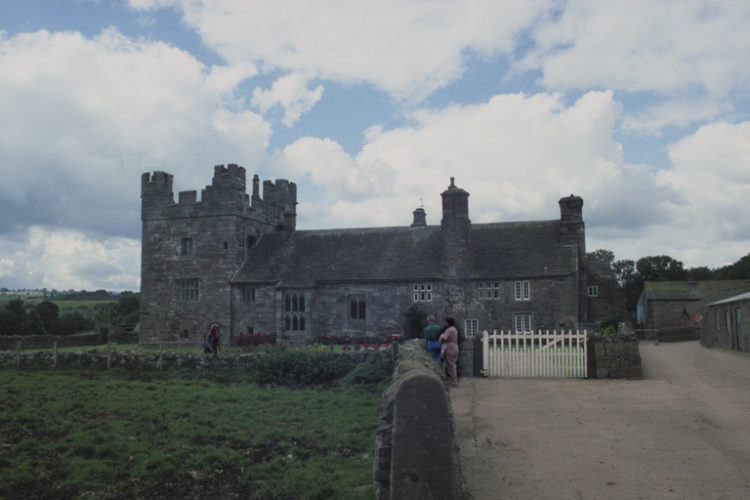 Yanwath Hall is quite exceptional as it retains all the features of a medieval Border stronghold and is the finest survival of a pele tower with its attendant buildings in Cumbria. The Hall lies about a mile south of Penrith above the steep south bank of the river Eamont.

The pele-tower at Yanwath is unoccupied though in a good state of preservation both externally and internally. The hall range is now a farmhouse and the buildings enclosing the courtyard which were once accommodation and stables are well cared for and used as outhouses and farm buildings.

Traditionally the tower was built in Edward Is time by John de Sutton. In the 15th century it was the property of Lancelot de Threlkeld, passing to Lord Dudley who married the heiress in 1512. In 1654 the property was sold to Sir John Lowther for £2,000; he restored the neglected tower and there has been little change since.