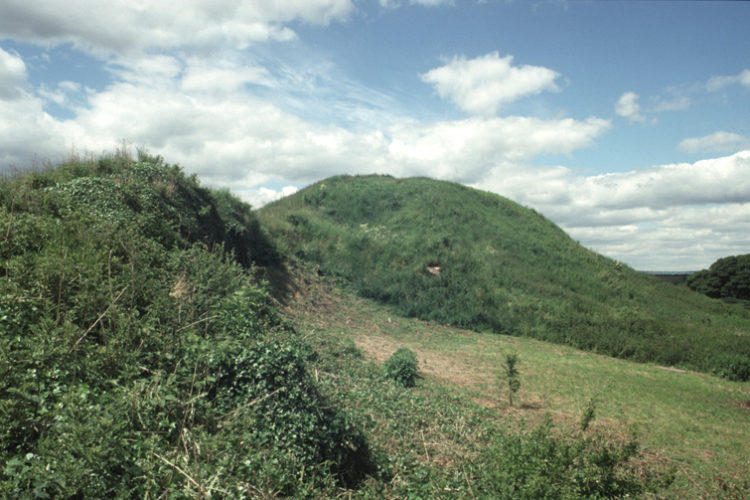 Wark Castle was built in the 12th century to guard one of the main fords of the Tweed and the remains overlook the river and village from a gigantic mound. The castle was a focus of military activity on the Borders and was besieged, destroyed and re-built several times over the centuries.

In Tudor times it reached the climax of its importance, “the stay and key of all this Country”-“situate for annoyance and defence in the best place of all the frontiers”. It was taken by James IV in 1513 before Flodden but restored by Lord Dacre in 1517, but there was always a problem affording an adequate garrison.

Wark was constantly in need of expensive repairs, it seems that in peace time the fabric of the castle was plundered for materials by those who were supposed to keep it in repair. The fortresses of Wark and Norham were eclipsed eventually by the new fortifications at Berwick as the key to the frontier and from then on decline into ruin was assured.