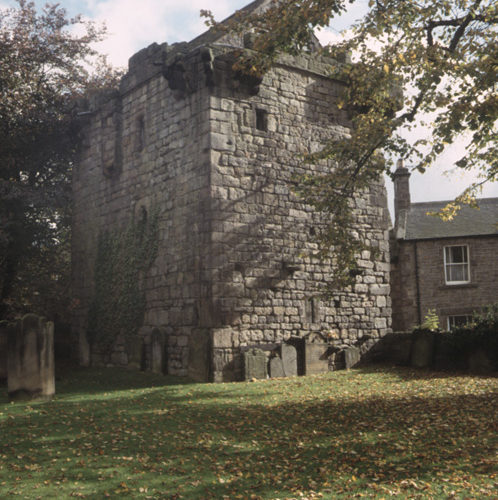 The Vicar’s Pele at Corbridge, Northumberland

The Vicar’s Pele stands well preserved, repaired and re-roofed within the churchyard in Corbridge. It was first built in the early 14th century and we know that in 1415 it had become the dwelling of the vicar, John Brigg. It is still in use today as an information and exhibition space.

The basement of the pele is vaulted and a stair rises in the thickness of the wall to the rooms above. The parapet is fragmentary but enough remains to show that there were square corner turrets which were carried on projecting corbels. The tower is furnished with a projecting garde-robe or lavatory.

The Pele is built from worked stones salvaged from the Roman supply depot at Corbridge or Corstopitum. The pele-tower was built to provide the vicar with a refuge from Scots raiders.