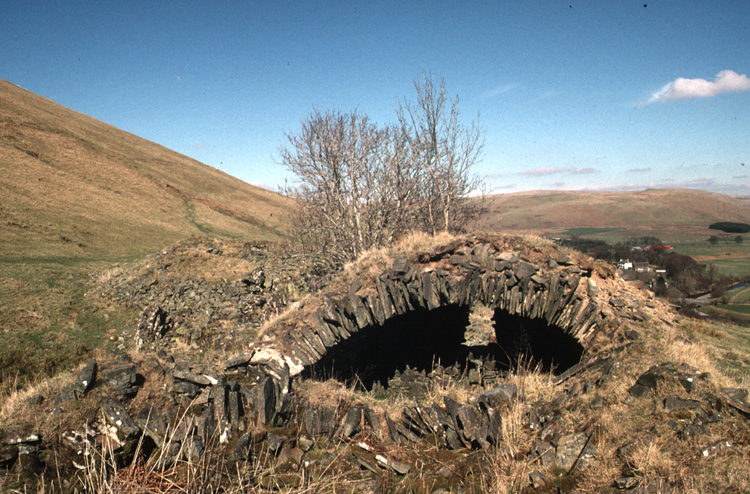 The extensive ruins of Tushielaw Tower and its associated structures are situated on a natural platform on the slopes of Tushielaw, high above the confluence of the Ettrick Water and overlooking the valley of the Rankle Burn. The site was the stronghold of Adam Scott, notorious as the “King of Thieves”.

In 1530 King James V came down to the Borders with the intention of pacifying the troublesome Reivers of the area. Wicked Wat Scott of Buccleuch, probably with a view to saving his own neck, captured Adam Scott of Tushielaw, his kinsman and neighbour and delivered him to the mercy of the King.

The Laird of Tushielaw along with his neighbour William Cockburn of Henderland ended their careers on the scaffold in Edinburgh. They were convicted of high treason, theft and levying blackmail and “to terrifie others-they were heidit and their heidis fixed upon the Tolbuith of Edinburgh.” Another version of the tale has it that Cockburn of Henderland was captured by James V and his 8,000 men as they came down Meggat and hanged over his own castle door. It is this event that is said to have been the inspiration for the “Border Widow’s Lament”.