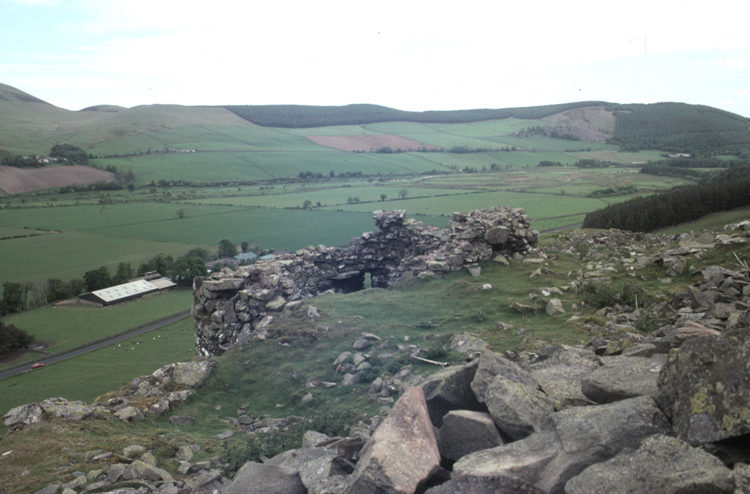 High above the valley of the River Tweed, on the summit of a prominent rocky knoll that it shares with the remains of an Iron Age fort, lie the scattered and confused remains of Tinnis Castle. The castle dates from the late 15th or early 16th centuries and was probably built by the Tweedies of nearby Drumelzier.

The tumbled and confused remains are those of a rectangular castle with curtain-walls enclosing a courtyard and a tower-house at the south corner. At the north and west angles of the enceinte there were circular towers; the remains of the north tower are the best preserved part of the site.

It is probable that Tinnis Castle was blown up by Lord Fleming whose father John, 2nd Lord Fleming was murdered by Tweedie of Drumelzier in 1524 in the course of a well-authenticated feud between the families. The huge blocks of displaced masonry on the site suggest that the castle was demolished in this manner.