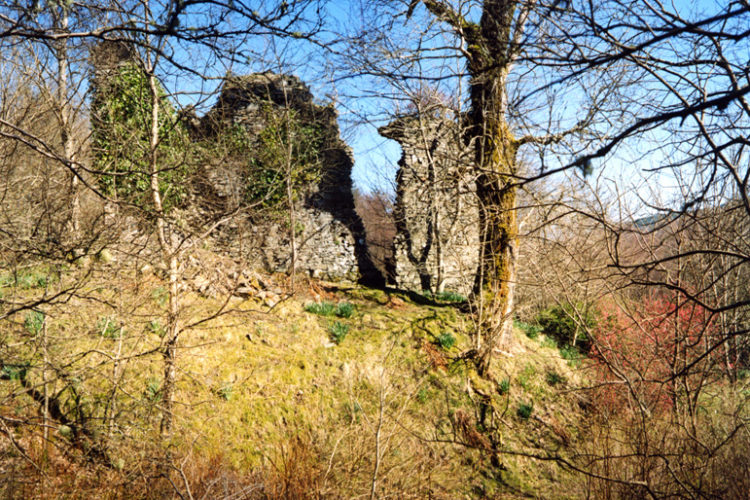 Thirlstane Tower stands in what was once the grounds of Thirlstane House, a gothic pile with neo-classic features of the 1820s, demolished in 1965. The remains of the tower shelter in woodland, in a glen on the slopes of Thirlstane Hill, about a mile north-east of Ettrick.

There are two tall sections of surviving wall, one of which displays evidence of a ground-floor vault and the remains of a primitive gun-hole.

The decaying ruins are probably those of a tower of the late 16th century that originally stood at least three storeys high, possibly with a projecting stair turret.

The Scotts were a powerful family in Ettrick. Nearby is the tower of Adam Scott of Tushielaw and high in the valley of the Rankle Burn, a tributary of the Ettrick Water, is Buccleuch; from which location the Scotts of that ilk take their name. In neighbouring Yarrow the ruins of the tower of the Scotts of Dryhope still stands complete to the wall-head and in its original condition.