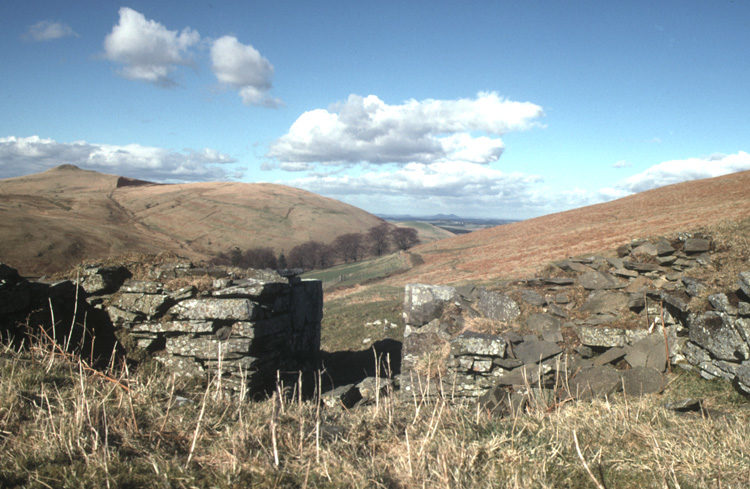 The “Thieves Road” is an old track from Teviotdale into Liddesdale by way of Swire Knowe. It can be followed south from Dod along the upper west slopes of the Dod Burn Valley until it fades out south east of the summit of Muckle Knowe at about 473018.

The route of the road is still marked on the Ordnance Survey map no. 79. It crosses the watershed into the valley of the Hermitage Water just east of the summit of Swire Knowe before descending by way of the Queen’s Mire and the Braidley Burn to the Hermitage Water.

There are interesting traces of the multiple hollow tracks of old routes into Liddesdale in this area and the fine countryside is an open invitation to walkers to explore the remains of these byways of history. The road passes the site of a ruined pele-house above the Dod Burn at 473046. It seems probable that this was the route taken by Mary Queen of Scots when she rode from Jedburgh to the Hermitage to see her wounded lover Bothwell.