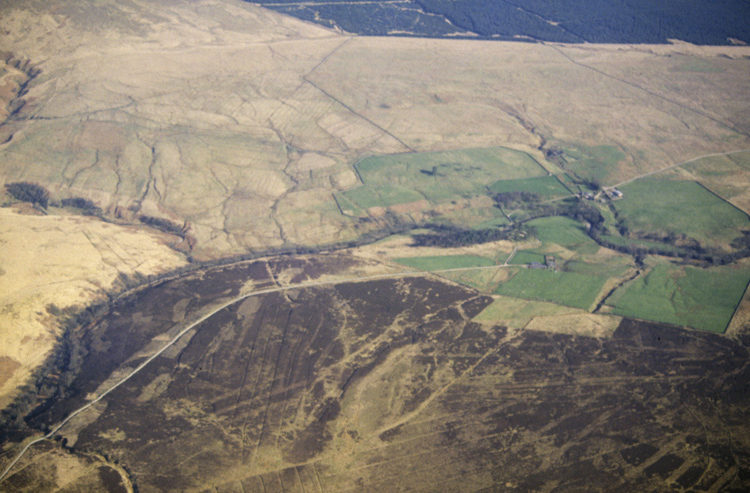 The wilderness of Tarras Moss in Liddesdale, Dumfriesshire

To the west of Liddesdale, above the Debateable land is Tarras Moss, a wild and windswept expanse of desolate moorland. This was once a place of refuge to which the Reivers of Liddesdale retreated and hid their families, goods and livestock when outraged authority rode in force to wreak vengeance on them.

The Tarrass wilderness, wrote Sir Robert Carey, “was of that strength, and so surrounded by bogges and marshi ground, with thicke bushes and shrubbes, that they fear no force nor power of England or Scotland”. Nowadays it is a wild expanse of open moorland with virtually no thickets of trees.

In 1587 the notorious Reiver Kinmont Willy Armstrong and his accomplice Robert Maxwell had become so troublesome that the King of Scots himself descended on Dumfries to make an example of them. They hastily retreated to the inaccessible refuge of Tarras Moss where they stayed till the heat was off.