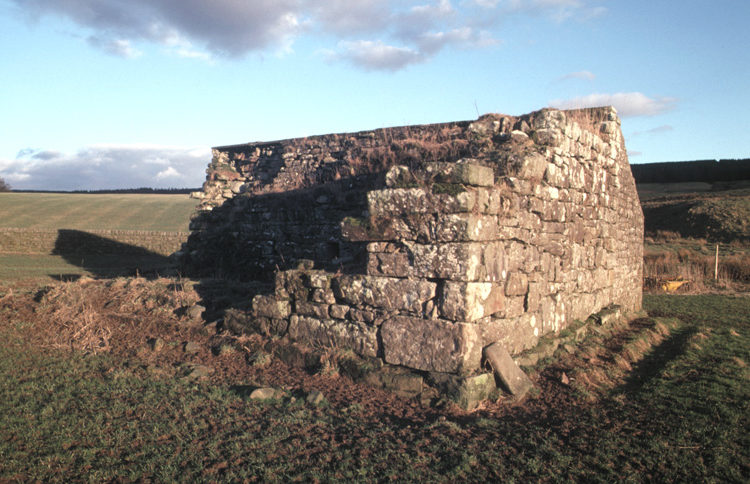 Liddesdale, once called “The cockpit of the Border”, has few remains of the towers and strongholds of the infamous Reivers who made this dale their lair in the troubled 16th century. The rather scant remains of the Stonehaugh are one of the few remainders of the lawless past of this now tranquil rural backwater.

The remains of what was probably a bastle stand on the left bank of the Liddel and thus just yards inside England. The building is most probably the tower marked as “Stonegarthsyde” on an early map of 1590 and as a house at “Stonegarthside” on a map of 1607.

A mile and a half further up the Liddel at Kershopefoot on the 1590 map is another tower marked “Ro forster’s”. Robert Forster died in 1598 and is described on his tombstone as “of Stonegarthside”.