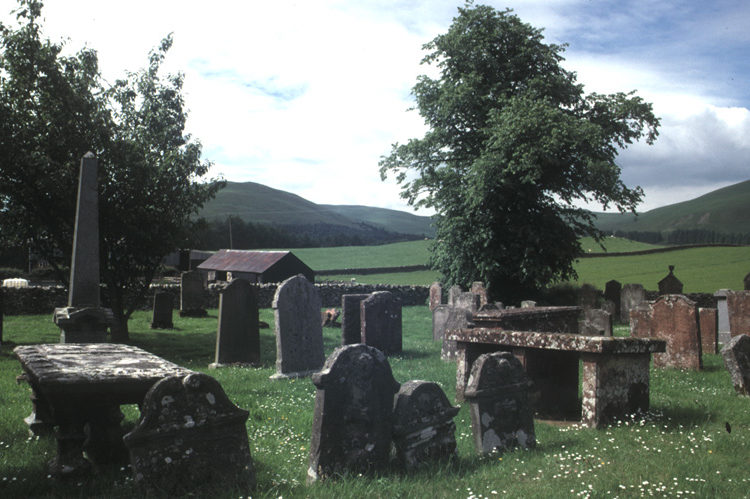 The Site of Johnnie Armstrong’s Tower-House at Staplegordon, Eskdale, Dumfriesshire

The village of Staplegordon about two miles above Langholm, in Eskdale, has long gone. Little more than the kirkyard and a few outbuildings remain now to remind us of what must have been a thriving rural community in the past, when so many more people lived on the land than is now the case.

The 12th century Castle of Barntalloch or Staplegordon as it was more commonly known in the past, stood on a natural eminence overlooking the River Esk near the site of the village. There are traces of the masonry of what may have been a 16th century tower on the summit of the steeply scarped mote.

The famous Johnnie Armstrong may have built the tower here for he held the lands of Staplegordon from 1525 until his untimely demise at the hands of James V in 1530. Johnnie Armstrong was usually known as John of Stablegordon or John the Laird in contemporary documents. Only rarely is there reference to him as the “Laird of Gilnockie”, a later appellation that belongs to a time when his sketchy history was fleshed out with the trappings of romantic fiction.