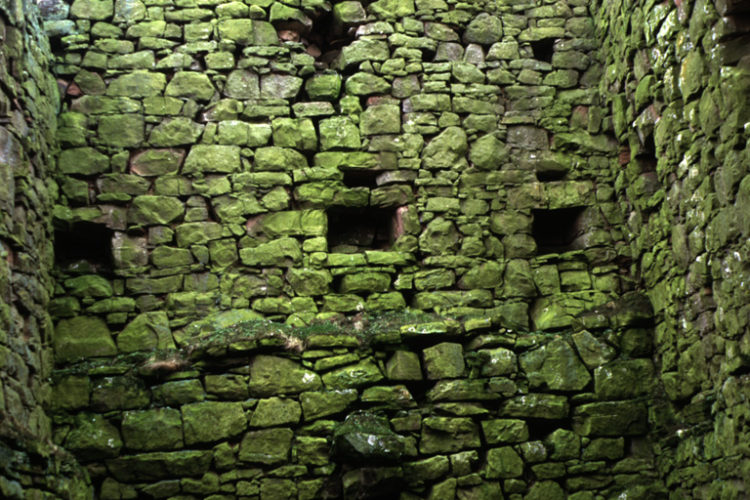 Slacks pele-house which dates from the 16th century and closely resembles its neighbour at Mervinslaw stands on the right bank of Jed Water about a mile and a half below Chesters. The house stands among ruined enclosures and buildings, some of which are associated with the pele.

The building is oblong in plan and rises to three storeys, none of which has been vaulted. Of the two side walls one still stands to the wall-head. Both gables are complete enough to show that they were finished with a tabling and there was no parapet. The masonry is roughly coursed rubble and clay built.

Slacks pele-house, with three others nearby, represents a type of structure designed to meet the troubled conditions on the Border. Documentary evidence suggests that there were many more of these buildings in Roxburghshire at one time. There are remains of similar fortified buildings in Redesdale which suggest that the Roxburgh pele-houses are a northward extension of this type of building into the valley of the upper Jed Water. The other nearby pele-houses are marked on the OS map and are at NT660094, NT634130, NT671117, NT628090. John Oliver of Slacks is on record in 1544, and in 1571-2 ,Will Oliver in Lustruther became pledge for certain other Olivers, in “The Slakkis” and elsewhere. The Olivers were a noted reiving “surname” and it is recorded that William Oliver “of Slakis” took part in a raid in 1583.