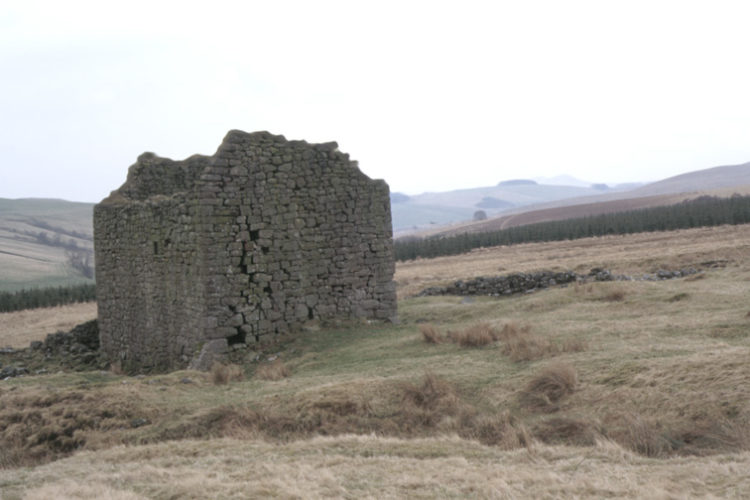 Slacks pele-house dates from the 16th century and closely resembles its neighbour at Mervinslaw just two miles to the north-east. It stands on the right bank of the Jed Water about a mile and a half below Chesters. The well-built remains of the pele stand among associated ruined enclosures and buildings.

Slacks is a substantial and well-built pele-house, in no way inferior in its appointment and defensive capabilities to many of the lesser Border towers. It is unlikely that the resources that were lavished on the house would have been expended on a structure that was used only as a bolt-hole in times of trouble.

Slacks pele-house was by far the best building on the farm and the Olivers would undoubtedly have used it as their permanent residence. Fortified farmhouse such as Slacks were built in the troubled years around 1600 not only with security in mind but also as a display of status and considerable wealth. There are remains of several pele-houses in the upper Jed Water valley.