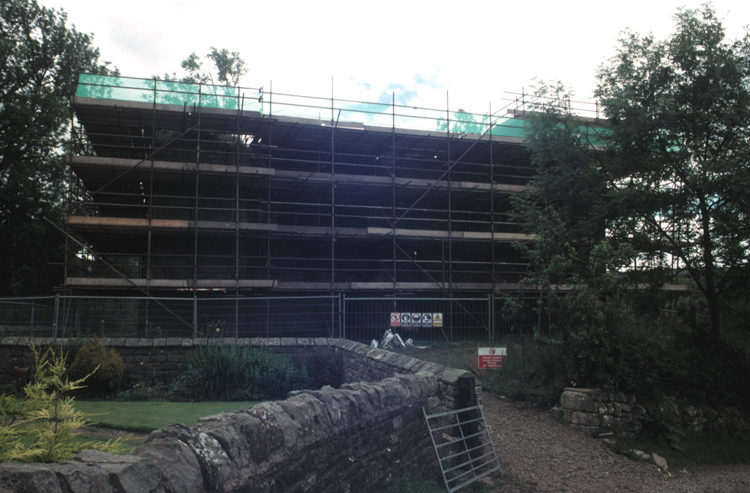 Thirlwall Castle stands on high ground above the Tipalt Burn near Greenhead in Northumberland. The building is entirely constructed from Roman stone which demonstrates why the Roman Wall has disappeared in this vicinity. The ruins were in a precarious state, near to collapse and part had fallen into the Burn.

Rescue was at hand though and the site has been adopted by the English Heritage who are currently engaged in stabilising this valuable medieval structure. The walls are encased in a mesh of scaffolding from wall-head to foot, so Robert Thirlwall’s fine old tower is set to be given a new lease of life.

The castle is difficult to date because it is made of Roman stones but was probably built in the early 14th century. The walls are massive, between eight and nine feet thick. There are no vaults on the ground-floor but the holes for the beams that supported the upper-floors are still in evidence. The decayed interior makes interpretation of the remains a problem but no doubt the work now being undertaken by English Heritage will throw light on the matter.