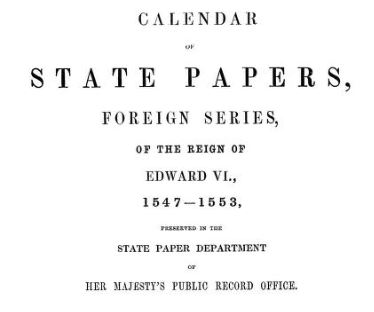 “The Scottish navy was powerful enough and enterprising enough to interfere with the commerce of England”
“Another Scottish vessel called the Great Spaniard lies at Dieppe, pursuing the same course, and is aided by France”
“A large Scottish ship with much ammunition and eighty men and a lord” had arrived at Lubeck upon the same mission.
Dr Wotton had ascertained from a spy that they had on board a newly invented preparation, a sort of Greek fire, intended for destroying the English ships and he thereupon recommends very special caution”

Both France and Denmark aided Scotland in this annoying warfare. The latter [Denmark] dispatched thirty ships, well supplied with men and victual, there, “being entertained by the French King with hope that his brother shall marry the Scottish Queen [Mary of Guise], though the said King intendeth nothing less indeed”
… “Thirty great ships armed, and twenty galleys were about to be dispatched at one time … the French King was pressing for the conveyance of 10,000 soldiers into the same country.” England was constrained to avert the impending danger by negotiating, and the peace which was now concluded with France suspended further warfare.

April 7 1547 Boulogne: 101. Lord Grey to the Lord Protector. Has received intelligence
that three Scottish ships have taken 15 English vessels laden with wine, and that two of the largest French ships at Homflete [Honfleur] are being rigged forth to the wars. It is also rumoured that those now at Newhaven shall be in like manner addressed.

Hears that 22 lighters have arrived at Abbeville from Amiens, freighted with wheat, bacon, and other provisions ;
that 700 men at arms are to be placed upon the frontiers hereabouts ;
that the French King has paid his infantry for all the time they have served since the peace ;
and that they have enrolled 50,000 footmen to be in readiness.
[State Papers Edward VI 1547-1553 page 361 ]

These papers and the introduction illuminate the relationship between England and France in relation to Scotland.  Eg “The Scottish Queen (Mary of Guise) desireth as much our subversion if it lay in her power, as she desireth the preservation of herself”