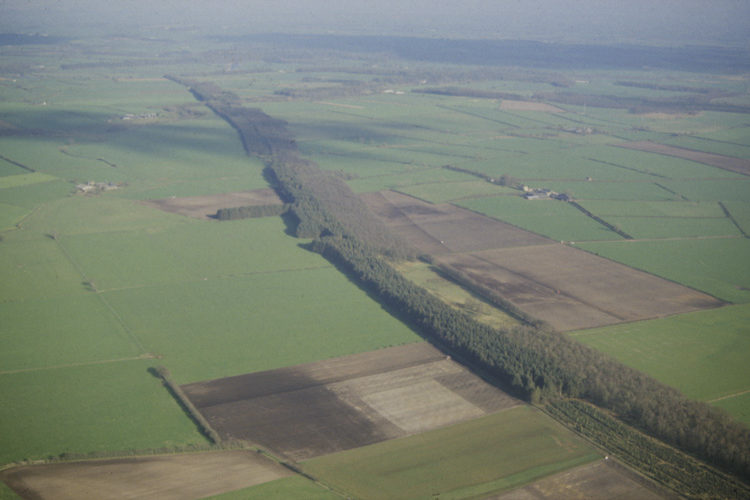 The only section of the Anglo-Scottish Border in the west that does not follow a natural feature is marked by the earthwork known as the Scots’ Dike. It was built across the Debatable Land to mark the frontier and runs more or less east to west for about four miles between the rivers Sark and Esk.

In the 16th century the land of this region offered few identifiable features which could be used to define a border. Much of the ground was bog and marsh land and the course of the streams and the location of the bog ponds could change over time. There was danger that local disputes about the line of the border could lead to skirmishes and these skirmishes could escalate into conflict between the nations.