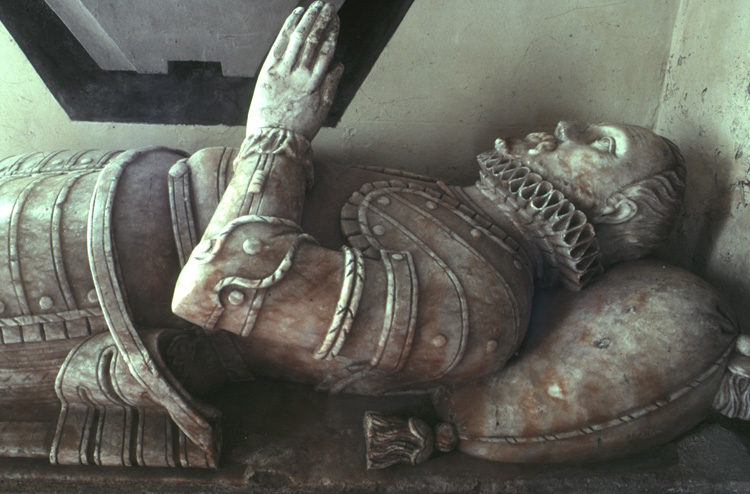 Tomb with effigy of Sir Richard Lowther, Lord Warden of the Marches in Lowther Church, Cumbria

Lord Scroope died in office in June 1592 and, until the appointment of the next Warden in March 1593, Lowther held the office but had no patent.

Sir Richard Lowther died at the age of 57 on the 27th January 1607 and was buried in Lowther Church, in the family chapel. A realistic alabaster effigy in full armour, of the very finest workmanship, carved at a time when such skills were in decline, surmounts his otherwise unpretentious tomb.

The features are those of a well-bred, bearded, middle-aged man with a receding hairline. The head is bare and must surely be a likeness for the sculptor has portrayed Sir Richard in a realistic manner and with a lively skill that carries its own conviction. Sir Richard’s carefully dressed hair and beard, his clothing and armour of the latest fashion, all proclaim his status in the front rank of Elizabethan society.