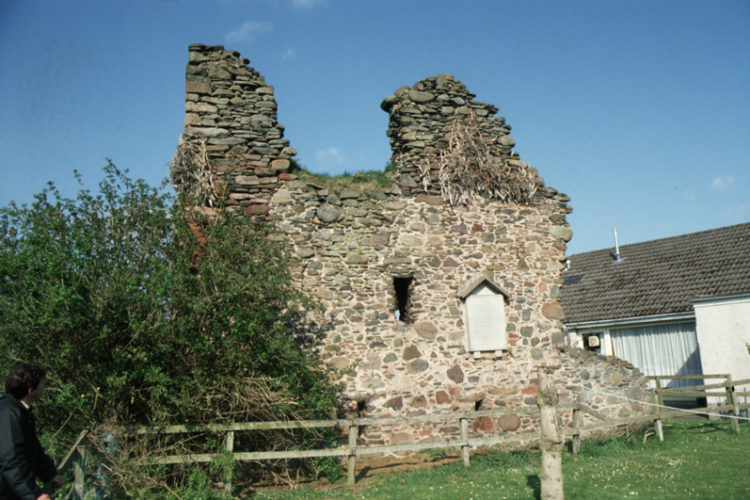 The remains of the tower of Thomas the Rhymer stand near the west end of the village of Earlston in the Leader Water Valley in Berwickshire. Unsympathetic urban expansion and 20th century commercial development have encroached on the once picturesquely situated old tower.

The remains are those of a typical rectangular Border tower house with walls four feet thick and a vaulted ground-floor, probably of the late 16th century. Tradition links the ruin with Thomas Learmont of Ercildoune or Earlston, otherwise Thomas the Rhymer who flourished in the 13th century.

Thomas Learmont, True Tammas or Thomas Rymour of Ercildoune was a poet and seer who in his youth spent seven years in Fairyland after falling asleep under the Eildon Tree where he kissed the Queen of the Fairies. He returned older and wiser and was celebrated for his predictions over his remaining seven years before he disappeared for good! The Rhymer’s predictions were collected and published in 1603. One of these was the accurate prediction of the accidental death of Alexander III in 1286.