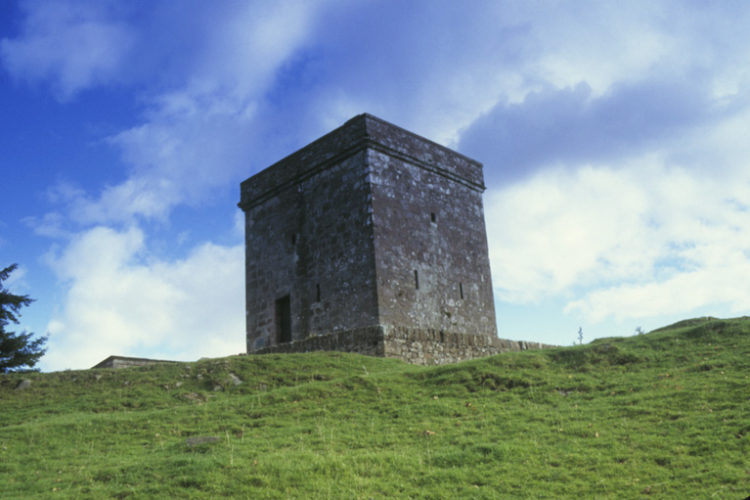 Repentance is not a tower in the true sense but rather a fortified watch-tower dating from the 16th century. It stands on the summit of Trailtrow Hill, half a mile S of Hoddom Castle and six miles NW of Annan. It is almost square and rises to three storeys with a parapet and walk above which is a stone-slabbed roof.

The roof is not gabled but hipped and culminates in what appears to be a central chimney stack but which is in fact a stone beacon for the warning beacon or fire. The walls are pierced by numerous small windows, gunloops and shot-holes. The tower is in a good state of preservation.

Repentance was built by Lord Herries of nearby Hoddom Castle. It is said that he pulled down a chapel to build his castle and was later constrained by the powerful Archbishop of Glasgow to make amends by building this tower on the site so as to benefit the neighbourhood by giving warning of English raids.