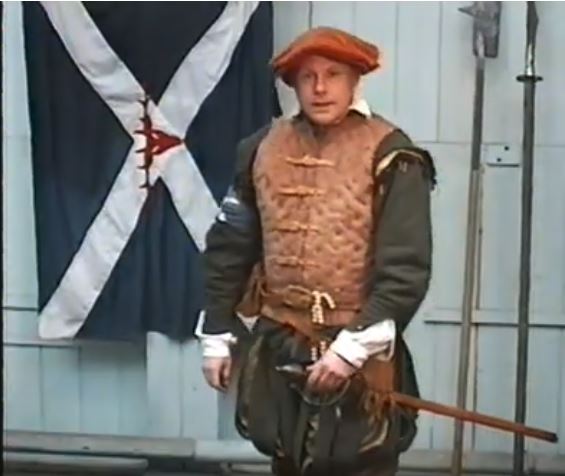 England and Scotland were two fiercely independent countries in 1500 – 1700 and the robbing, rustling and blood feuds in the lawless area between the countries was dealt with by creating March areas with a Warden who delivered their own version of righting wrongs – though sometimes the Warden became a robbing reiver with murderous “justice”.  The Warden’s headman here explains his work and shows how he would have to defend himself in these troubled times.

Video introduction to the Border Reivers 1500-1670 for whom rustling, raiding and blood feuds were…