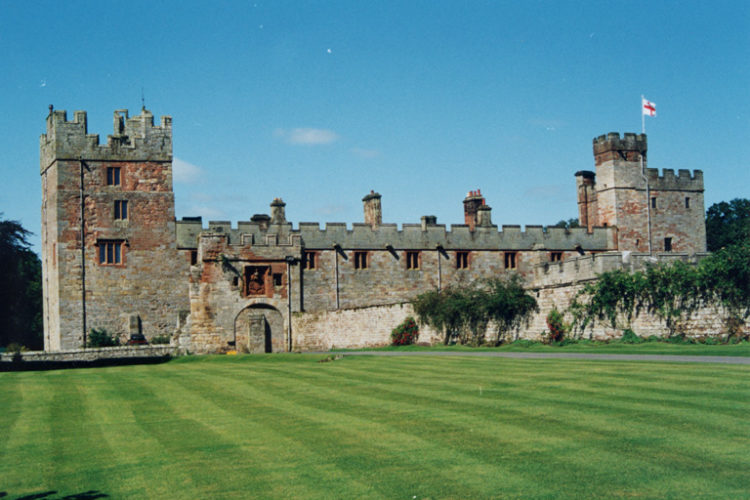 Naworth Castle stands to the east of Brampton in Cumbria. The first stone fortress on the site was built in the 14th century. In the 16th century Thomas, Lord Dacre, of Flodden fame and Lord Warden of the West March, rebuilt and strengthened the castle “ to defend the country and annoye the enemye”.

The buildings at Naworth today enclose a courtyard with a tower at each corner. The Gatehouse at the entrance was built by Thomas Lord Dacre and is known as the Warden’s Tower. The oldest part of the Castle is the Dacre Tower, a typical pele-tower; it stands close to the left of the Gatehouse.

Lord Dacre’s successors at Naworth allowed the Castle to fall into disrepair and by 1589 it was deserted and “in very great decay in all parts”. It was rescued by Lord William Howard, a son of the Duke of Norfolk who married the Dacre heiress to Naworth. It was his extensive refurbishing of the castle at the beginning of the 17th century that resulted in the Jacobean character of much of what we see at Naworth today.