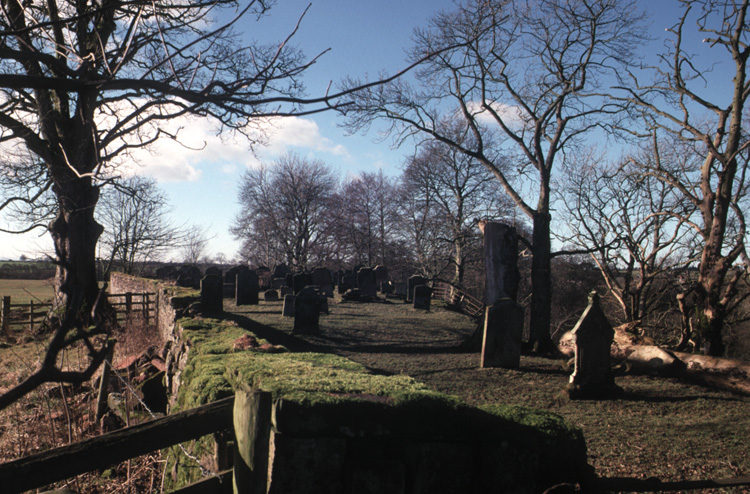 In the Kirkyard are memorials dating back to the early 17th century. The earliest has been identified recently as the grave-slab of the infamous Border Reiver Kinmont Willie Armstrong of Morton and Sark who died sometime after 1604. A well-executed and inscribed tomb-table is that of his grandson.

Most of the headstones, many uninscribed but having heraldic crests and coats of arms carved on them, can be attributed to particular families associated with the Debateable Land. Crests and arms of the Armstrong Clan, as one would expect, predominate though a good number of Forsters can be identified too.