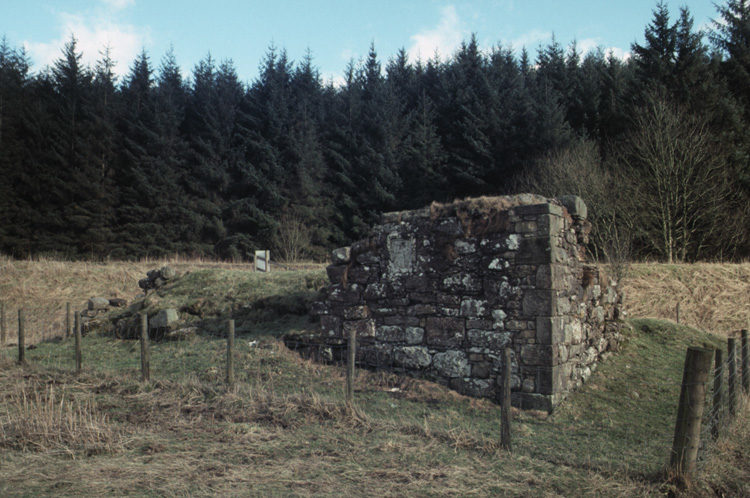 Mangerton Tower is in fact a fragment of masonry standing to the south of the river Liddel, and just yards inside England, near Newcastleton. Sir Walter Scott thought it was the ruins of a mill built from the stones of an old tower. Part of the structure was destroyed when the railway was built nearby.

The most interesting feature of the ruin is a carved stone panel built into the wall and displaying the arms of the Armstrongs of Mangerton; a chevron between three lozenges together with a sword and the date 1583. The initials SA and either EE (or EF) possibly for Symon Armstrong and Elizabeth Elliot flank the heraldic devices.

Liddesdale has been called “the cockpit of the border”. It was the lair of that most notorious reiving family the Armstrongs and the Laird of Mangerton was their chief. Of the many Armstrong strongholds that formerly existed in Liddesdale there survives only this fragment, of the many other towers that once stood in the valley, there are almost no visible remains.