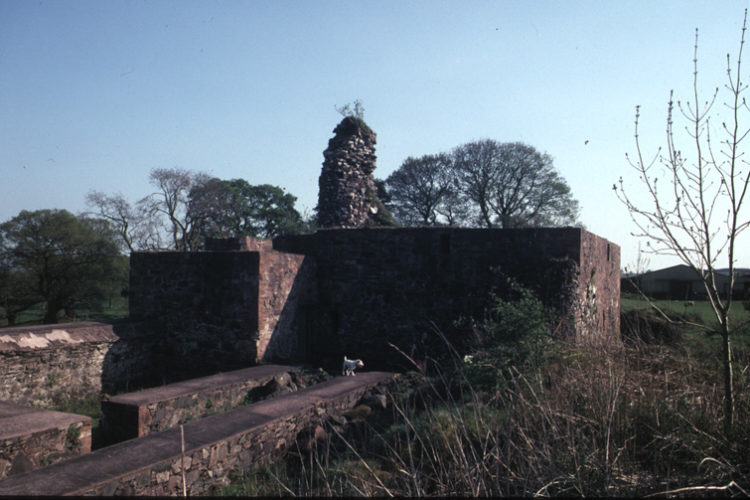 Barmkin and outbuildings to the north of the ruined tower of Lochwood Tower, Annandale Dumfriesshire

To the north of the ruined 15th century Lochwood Tower, which can just be glimpsed in this view, recent excavation work has revealed the base of the walls of outbuildings attached to the tower. These structures as can be seen have now been stabilised with a rough modern cement topping.

In the trees just beyond the outbuildings is a medieval “Mote” which has been formed from a natural hillock. This was probably topped by a wooden tower and formed the nucleus of an early earth and timber “pele” on the site before the stone buildings were erected.

In 1547 Lochwood was described as “A fair large tower, with a barnekin, hall, kitchen and stables and was but kept with two or three fellows and as many wenches.” In April 1585 Robert Maxwell with his men including some Armstrongs attacked and burnt Lochwood.