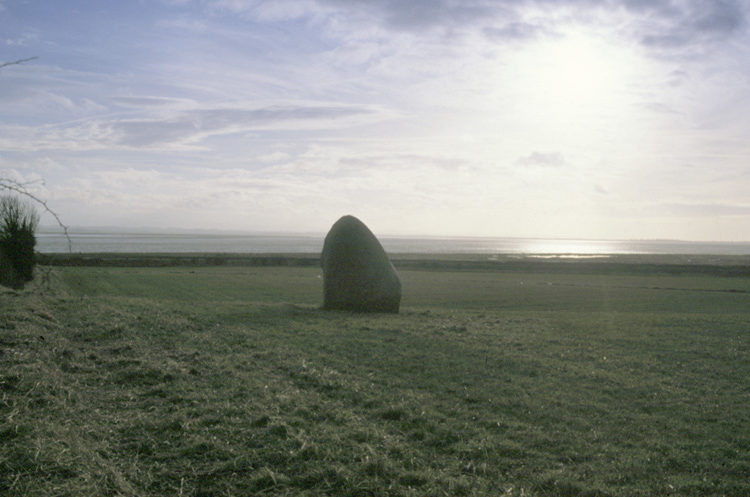 The Lochmaben Stone stands beside the Solway Firth, barely inside Dumfriesshire, about a mile to the west of the mouth of the River Sark. The huge glacial erratic is the survivor of a now destroyed Neolithic stone circle of which a second smaller stone survives nearby.

The Lochmaden Stone has always been a well-known landmark; it marks the northern termination of the most useful ford on the Esk – the “Sulwath” or “muddy ford”. It is situated on what was the invasion route across the Solway to Burgh-by-Sands in England.

From early times the stone was a meeting place for gatherings of peace as well as war. Here the English and Scottish Wardens of the West Marches met to resolve their business. In the 16th century Lord Wharton referred to it as; “Loughmaben Stone standyng in Scotland, wher we have beyn accustomyd to keip days of marches.”