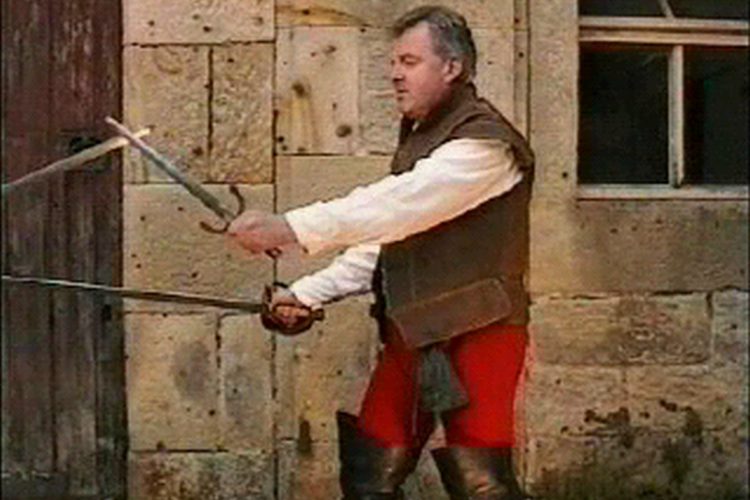 Enough has been said and sung about

to render the habits of the tribes who inhabited them before the union of England and Scotland familiar to most of your readers. The tougher and sterner features of their character were softened by their attachment to the fine arts, from which has arisen the saying that, on the frontiers, every dale had its battle, and every river its song. A rude species of chivalry was in constant use, and single combats were practised as the amusement of the few intervals of truce which suspended the exercise of war. . . .

The date of the following story is about the latter years of Queen Elizabeth’s reign; and the events took place in Liddesdale, a hilly and pastoral district of Roxburghshire, which, on a part of its boundary, is divided from England only by a small river.

During the good old times of “rugging and riving”, (that is, tugging and tearing,) under which term the disorderly doings of the warlike age are affectionately remembered, this valley was principally cultivated by the sept or clan of the Armstrongs. The chief of this warlike race was the Laird of Mangerton. At the period of which I speak, the estate of Mangerton, with the power and dignity
of chief, was possessed by John Armstrong, a man of great size, strength, and courage. While his father was alive, he was distinguished from others of his clan who bore the same name, by the epithet of the “Laird’s Jock”, that is to say, the Laird’s son Jock, or Jack. This name he distinguished by so many bold and desperate achievements, that he retained it even after his father’s death, and is mentioned under it both in authentic records and in tradition. Some of his feats are recorded in the Minstrelsy of the Scottish order, and others mentioned in contemporary chronicles.

At the species of singular combat which we have described, the Laird’s Jock was unrivalled, and no champion of Cumberland, Westmoreland, or Northumberland, could endure the sway of the huge two-handed sword which he wielded, and which few others could even lift. This “awful sword,” as the common people term it, was as dear to him as Durindana or Fushberta to their respective masters, and was nearly as formidable to his enemies as those renowned falchions proved to the foes of Christendom. The weapon had been bequeathed to him by a celebrated English outlaw named Hobbie Noble, who, having committed some deed for which he was in danger from justice fled to Liddesdale, and became a follower, or rather a brother-in-arms, to the renowned Laird’s Jock; till, venturing into England with a small escort, a faithless guide, and with a light single-handed sword instead of his ponderous brand, Hobbie Noble, attacked by superior numbers, was made prisoner and executed.

With this weapon, and by means of his own strength and address, the Laird’s Jock maintained the reputation of the best swordsman on the border side, and defeated or slew many who ventured to dispute with him the formidable title.