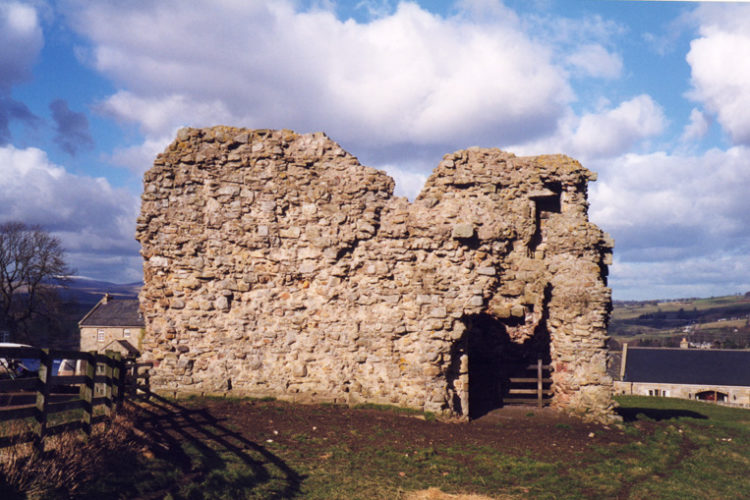 Great Tosson Tower stands close under the Simonside Hills in Coquetdale a mile or so above Rothbury. The tower was one of a series of fortifications guarding Coquetdale where its situation, high on the hillside, make the shattered ruins a striking landmark.

A survey of Border towers in Henry VIII’s time reported “At great Tosson is a tower of lorde Ogle’s inherytance, not in good rep’ac’ons”. Today it is a shattered ruin, a mere shell, though the massive rubble core of the walls, fully nine feet thick, still rise to almost fourty feet in parts.

Lord Wharton, the Deputy General of the Marches, established a watch system in 1553 whereby two men of “Mykle Tosson” kept watch every night. If they raised the “outcry” by shouting or blowing a horn then every man of the village had to immediately “rise and follow the fray”. Such precautions in Coquetdale were as much against the depredations of the lawless populations of North Tynedale and Redesdale as against the Reivers from across the Border.