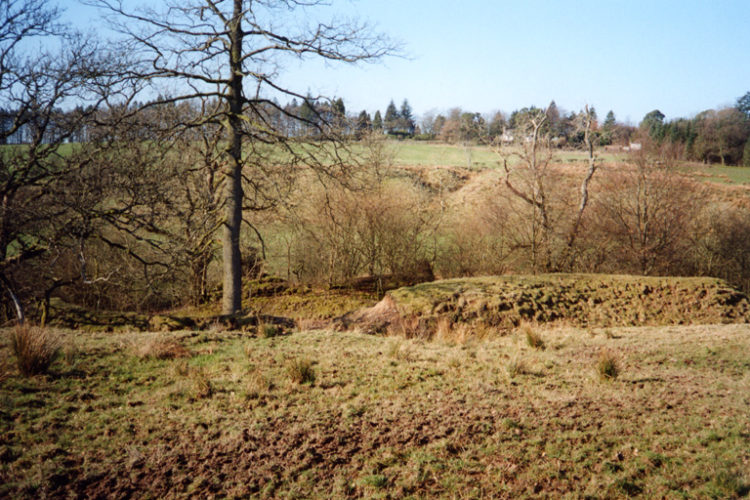 The shattered remains of Gillesbie Tower are perched precariously above the Dryfe water, high in Dryfedale and are overgrown with near impenetrable flesh-tearing varieties of hawthorn and briar. The remains are not easily dateable nor readily identifiable as those of a tower from the track that passes close by.

The tower is strongly defended on the east by the steep, rocky bank of the Dryfe water. On the western of landward-side the site is secured by a wide ditch and a ten foot high earthern rampart that was most likely topped by a wooden palisade in its heyday.

The earthwork encloses a roughly semi-circular area or barmkin that at one time joined the river bank to complete a circuit of outer defence. A modern farm road now cuts through the earthwork and separates it from the tower. This was a stronghold of the Grahams of Gillesbie. “John Grame of Gillesbye” is recorded in 1486 and James Graham of Gillesbie is on record in 1531, 1555, 1560 and 1579.