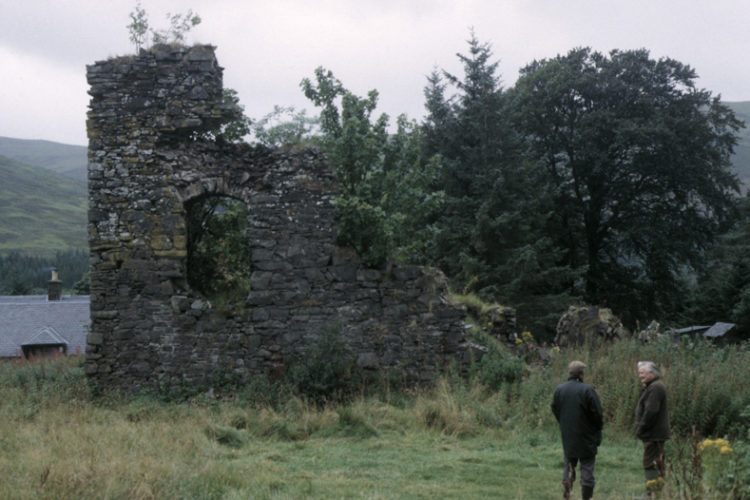 Gamescleuch Tower was built by Symon Scott, second son of Sir John Scott of Thirlstane, in the late 16th century. It stands in ruins on the left bank of Gamescleuch Burn, a tributary of the Ettrick Water. The vaulted ground floor is still entire but the first floor is greatly dilapidated and the second quite gone.

An interesting feature of the plan is the projection in the north wall which gives room for a straight stair without encroaching on internal space. The doorway opens into the foot of this stair which makes a quarter-turn in the north-east corner to access the first floor. The ground floor was a store lit only by two narrow slits.

The lands of “Gammelscleuch” formed part of the estate forfeited by Adam Scott of nearby Tushielaw in 1530. In 1570 James VI granted a charter to Symon Scott who built the tower though he never occupied it as his stepmother poisoned him on the eve of his marriage. The tottering remains of the famous tower stand in isolation now, some masonry has fallen recently and no doubt the rest will not survive many more winters without intervention.