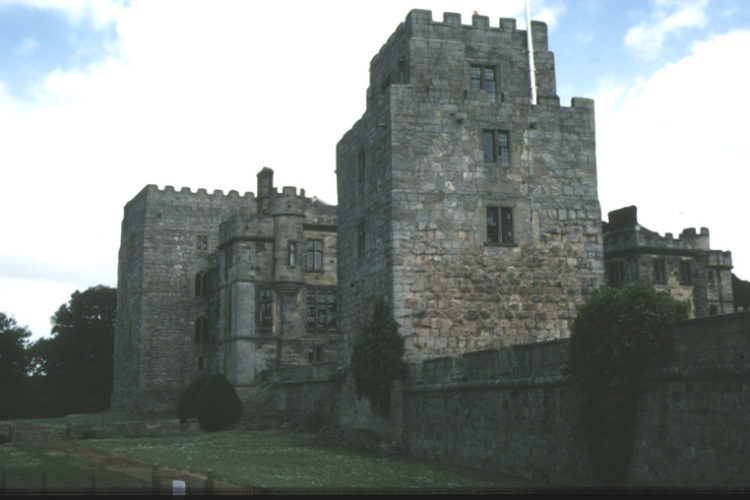 Ford Castle stands about six miles below the Border in the valley of the river Till, a tributary of the Tweed. William Heron was given a licence to crenellate or fortify his house at Ford in 1338 in order to strengthen the defences of the Border against the inroads of the Scots.

Ford was originally a courtyard castle with four corner towers. The medieval castle has been much altered and added to over the centuries. Surprisingly the Heron’s felt secure enough to convert the north range of the castle into a mansion house as early as 1589.