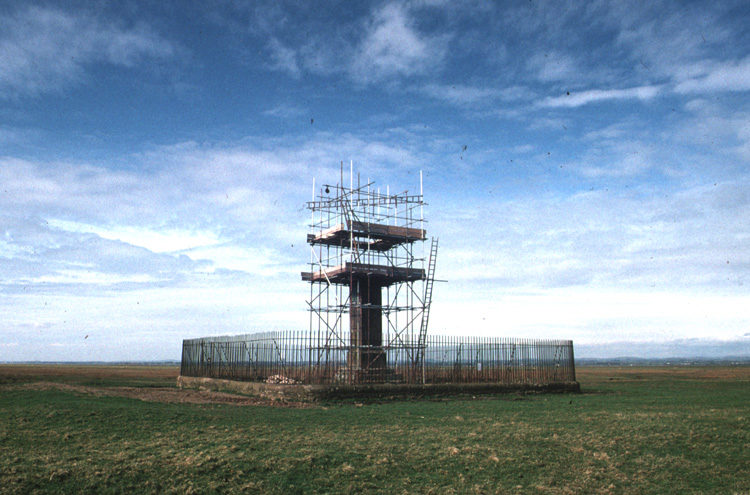 King Edward I, “The Hammer of the Scots”, died on the Solway in 1307 while attempting to again subject his troublesome northern neighbours to his iron will. The fords over the Solway in those days were quite different to today and it seems that there were crossings as far west as Bowness on Solway.

Scottish Reivers crossed into England by these fords at night in search of plunder. In response, though the common dwellings were of earth and crucks, a number of peles, towers and stronghouses were built along the Solway coast. Church towers too, in this area, were built in the form of a pele-tower.

A glimpse of the state of affairs on this part of the Border in the 15th century is afforded by the Papal Nuncio, Aeneas Piccolomini who crossed the Solway from Scotland into England and found lodgings in a town that may have been Bowness; at dusk all the men made off to a certain tower a long way off for protection, leaving their womenfolk and the guest behind, for fear of the Scots, who were wont to ford the river at night-ebb, seeking plunder. On the north side of the Solway the Lochmaben Stone marked the northern termination of the most useful ford on the Esk the “Sulwath” or “muddy ford”.