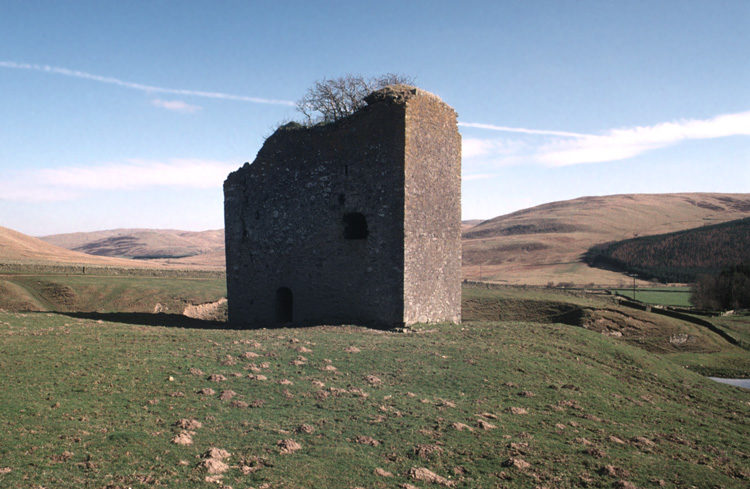 This strong little tower stands on shelving ground below Dryhope Rigg in the valley of the Yarrow Water and, though the roof has gone, is fairly intact for three of its four storeys. Dryhope is unchanged since it was built and is a fine example of a 16th century Border tower.

The overgrown mounds beside the tower are foundations of outbuildings and there are traces of the barmkin wall that enclosed the site on its most vulnerable side to the north. The site is protected by the steep-sided Dryhope Burn to the east and by a similar gully to the west.

The stream that flows down the western gully forms a pond below the tower to the south. There are indications that this may be man-made and that at one time the pond was extended further to form a water-defence on this side of the tower. An old trackway passes by the site and leads north from Yarrow through the hills.