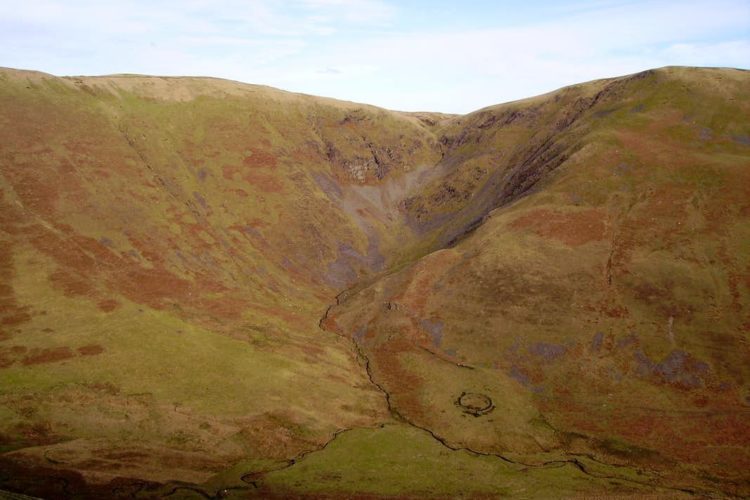 The traditional “reiving season” was the late autumn when the nights were dark and the livestock well fattened for the winter, “strong to dryve” and grazing the “wintersteeds” of the lower pasture. The Devil’s Beeftub, a few miles above Moffat is traditionally thought to have been a hiding place for stolen cattle.

Ye ken the place they call the Beef-Stand because the Annandale loons used to put their stolen cattle in there? Ye must have seen it as ye came this way; it looks as though four hills were laying their heads together, to shut out the daylight from the dark, hollow space between them. A deep, blackguard looking abyss of a hole it is. (Sir Walter Scott; Redgauntlet)

At Harden Glen, near Hawick, not far from the lair of Auld Watt of Harden himself, is a similar valley associated with hiding stolen cattle.