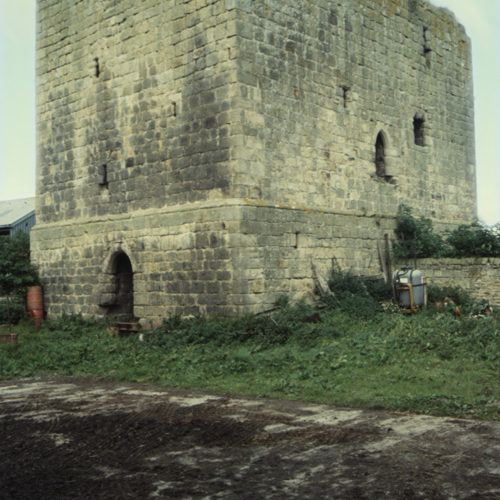 The substantial remains of Cocklaw Tower stand in the valley of the North Tyne about a mile below Chollerton. The ruined tower stands in isolation in a farmyard and seems to be in its original state and not to have been altered or added to since the time it was built, probably in the late 15th century.

Cocklaw was built in the style of Chipchase and Belsay but the corner turrets have now disappeared. Typically the ground-floor was vaulted and a spiral stair from the door-passage gave access to the floors and roof above. There are several surviving original windows and a second doorway at first-floor level.

The remains show that the tower, once a stronghold of the Erringtons, was a large and substantial fortification. The stonework is of high quality, but time and neglect are taking their toll, the vault has fallen and the stair now reaches only as far as the first-floor. Above the wall-head there was a parapet walk and turrets and there was a machicolated defensive work over the entrance. Cocklaw Tower was a possession of the Errington Family.