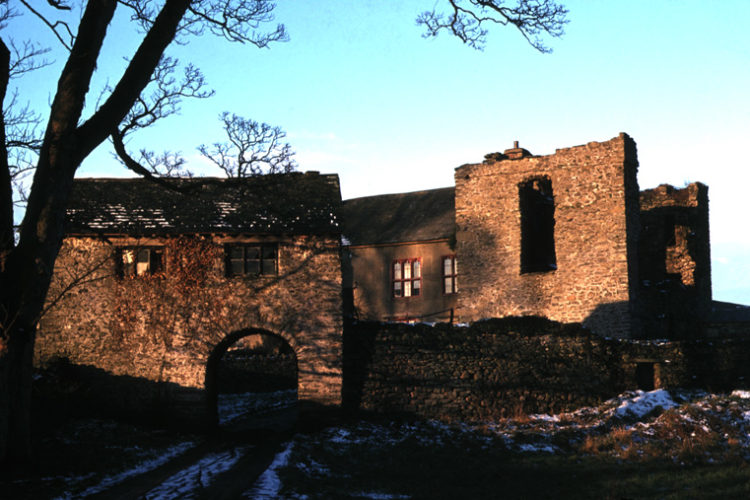 Burneside Hall, though ruinous in parts, retains enough of its original fabric to enable us to reconstruct a complete picture of a stronghold of the English West March, built to withstand the depredations of Scots raiders. The gatehouse, barmkin wall and enclosure to the rear for livestock are rare survivals.

There are substantial remains of the pele-tower at Burneside and much of interest survives including an unusual passage between the vaulted cellars which gives access to an enclosure behind the tower where cattle could be driven for security in times of trouble.

Despite the apparent strength of the defences, the comparatively flimsy defensive arrangements to the rear of the Hall suggest that the fortified aspect of these buildings towards the approaches may have been as much for show as for defence.