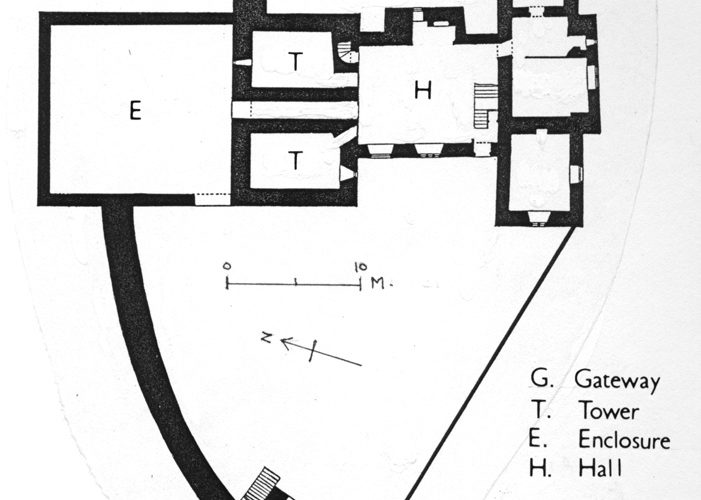 The plan of Burneside Hall shows the buildings as the antiquarian Thomas Machell may have seen them in their heyday in the 17th century. The barnekin or defensive wall enclosed a triangular area. There is a large enclosure (E) which may have been for livestock in times of trouble.

The large main tower (T) measures forty five by thirty five feet. A passage goes right through the tower between the vaulted basement rooms without access to either of them. This rare arrangement may at one time have allowed cattle to be driven into the
defensive enclosure (E)
behind in troubled times.

The building to the south of the hall range, though topped by battlements, seems to have been built with comfort rather than defence in mind. The comparatively flimsy defensive arrangements to the rear suggest that the fortified aspect of these buildings towards the approaches may have been as much for show as for defence.