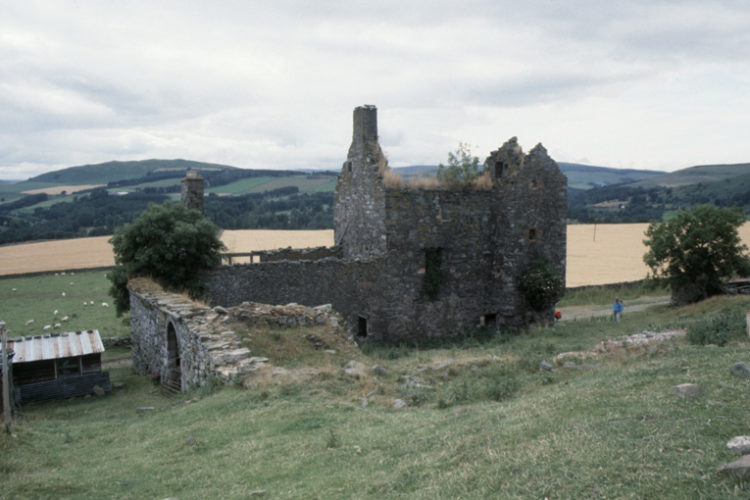 Buckholm Tower stands isolated high on an exposed fellside above the valley of the Gala Water about a mile north of Galashiels. The 16th century tower house is now in a very ruinous and unstable condition although the later wing to the south is in a slightly better state of repair.

The L-plan tower is roughly built of local rubble and rises to three storeys and a garret. A small stair tower projects from the main block. The ground-floor is vaulted and has a doorway but does not communicate with the upper floors. The main entrance to the building was at first floor level in the stair tower.

The tower has been enclosed within a barmkin; these are a rare survival and it is fortunate that Buckholm retains not only remains of the barmkin but of an arched gateway too. Above this has been a bartizan or gatehouse carried on corbels. The lintel of the original doorway was removed to nearby Torwoodlee and bore the initials I P and N P and the date 1582 which matches the apparent age of the tower. Buckholm belonged to Melrose Abbey at one time but after the Reformation it was given by the Commendator to James Pringle or Hoppringle of Tynnes.