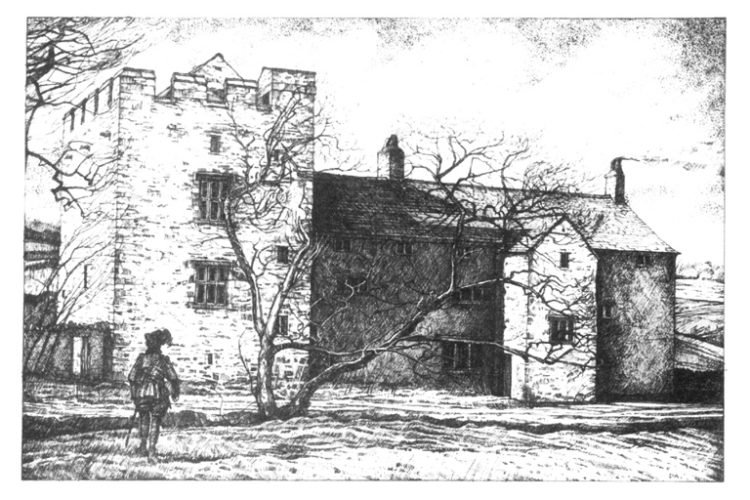 Drawing by Pete Armstrong of Branthwaite Hall, Dean, Cumbria, showing the Hall as it would have appeared in Elizabethan times

Branthwaite Hall from the east. The illustrator has used the evidence available from the site to restore the external features such as the windows, caphouse and doors. The building was in fact restored shortly after this drawing was made.

Restoration work was carried out in the late 1980s in order to turn the building into offices to house the administration of opencast coalmining operations in the area.  The approach was not always sympathetic and inappropriate materials such as Tarmac was laid on the wall-walk for instance.

The Coal Board’s tenure was short-lived however and the Hall is now a private residence.  Much of the previous charm of the setting has gone now as the rustic approach has been replaced by a modern Tarmac road and parking area which now surrounds the building.