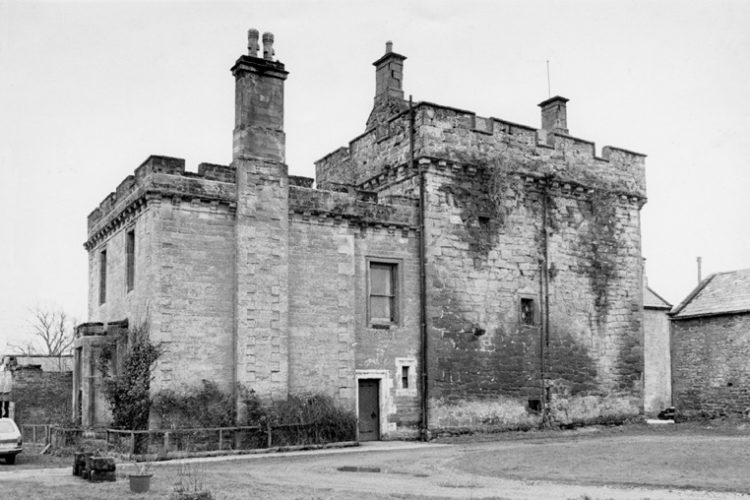 Brackenhill Tower stands on the river Line just to the east of Longtown in Cumbria. It is one of the finest and externally well preserved of surviving Border fortresses in the county. The tower is now part of a group of later buildings standing within a farm enclosure.

The impressive tower has walls five feet thick and rises to a height of forty feet. The gables of the roof are inside the corbelled and battlemented parapet and are stepped in the Scottish manner. The windows are small and original, they have wrought iron grilles or Yetts to them and lend the old tower a forbidding air.

Brackenhill was the lair of the noted blackmailer and Reiver Ritchie Graham in the late 16th century; it was he who built or perhaps re-built the tower. In the 18th century the property came into the hands of the Stephenson family who assumed the name Standish and remained in possession into the 20th century.