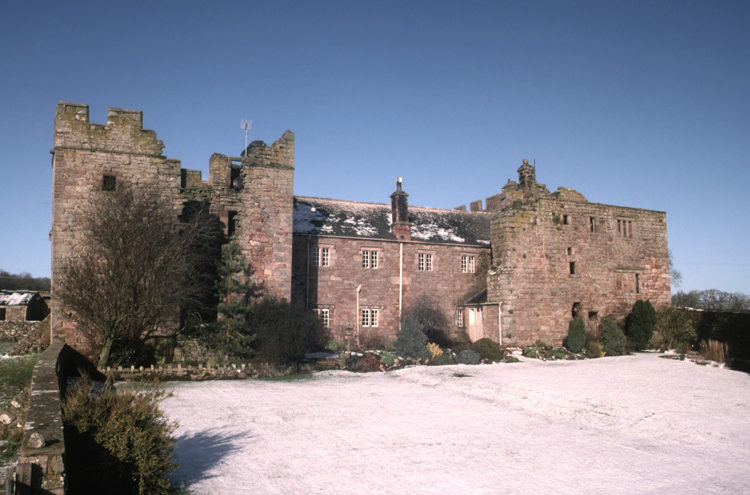 Blencow Hall is a typical example of a Border stronghold that was originally a pele-tower, built as a defence against the Scots raiders, developed later into a mansion and today is, no less worthily, a farm house. Adam de Blencoe founded the family fortunes in the French Wars, serving with the Black Prince.

The pele-tower of the present building was probably built in the late 15th century. This, the north tower, is a rather low, rectangular building, still battlemented, with a newel stair in the corner and two storeys over a basement that is surprisingly, not vaulted.

In Elizabethan times a Hall was added by Henry Blencow and his arms appear over the entrance with the date 1590. A generation later another Henry Blencow, in a time of increasing stability and security, added to the Hall and made it a “very fair house of two towers”.