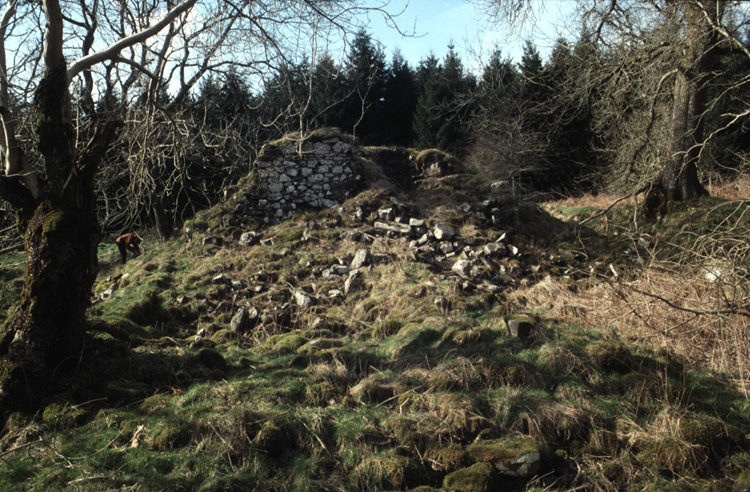 Hidden away in a clearing in woodland, high above the valley of Evan Water on the slopes of Blacklaw Hill are the dilapidated ruins of Blacklaw Tower. The tower stands above the ravine of the Blacklaw Burn and overlooks and guards the main road north to the Clyde valley and beyond.

There are extensive remains of walls and buildings associated with the tower, most of these are reduced to overgrown heaps of rubble, making the site difficult to interpret, though a recent site plan by the RCAHMS helps. A bridge abutment nearby on the Blacklaw Burn indicates the original approach route.

Blacklaw was in the hands of the Maxwell family in the early part of the 16th century but later came into the possession of the Johnstones who presumably built the tower. In 1547 James Johnstone of Blacklaw was one of those who pledged himself to the English cause when Dumfriesshire was occupied in that year.